The Unboxing of figma Kaname Madoka

I took these a couple weeks back when my figma Kaname Madoka arrived from Japan and since figma Homura is on her way (or will be, once Bastardforce Parcelforce stop fucking around) I thought I'd put together the snaps I took from Madoka's unboxing. Also starring figma Kagura Aya (whose head is on figma Yuki's body at the moment..) and figma Kouyou Haruhi! I didn't manage to get her accessories as well, since my camera battery was dying but rest assured, figma Homura will have a much more in-depth unboxing (and review!) 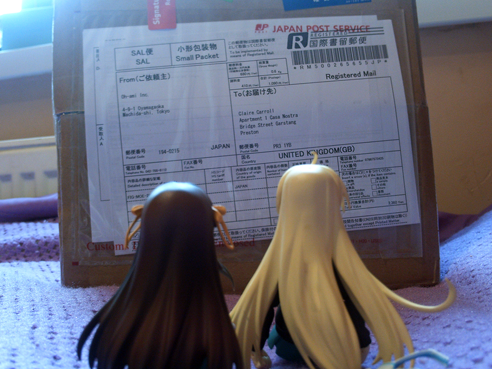 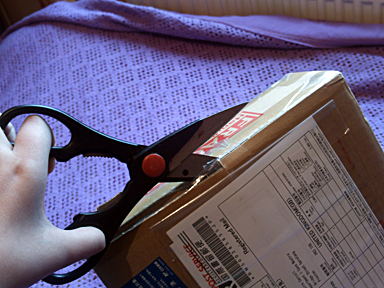 I hate this photo, my hand looks so babyish. 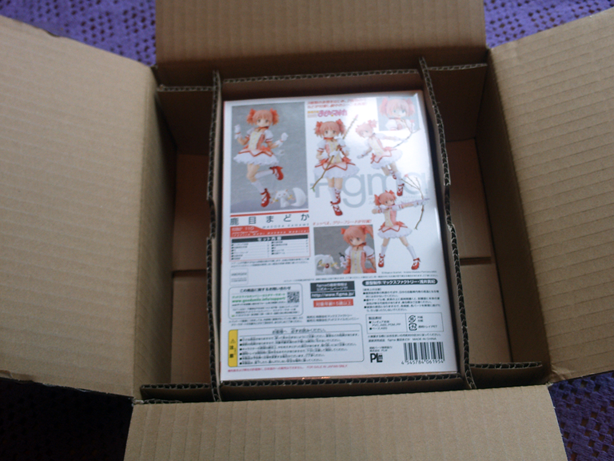 Zelda 'Item Get!' fanfare goes here. The padding is surprisingly sparse, but the box is completely undamaged, so I guess it must work fine. 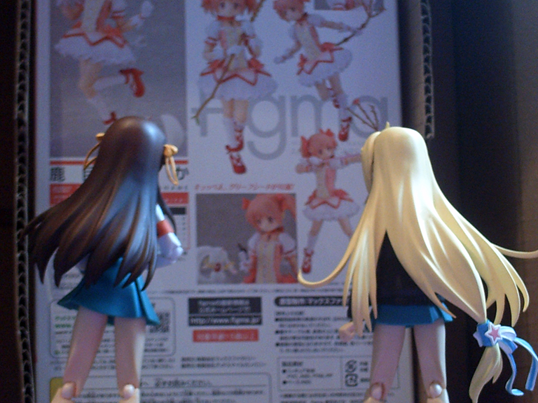 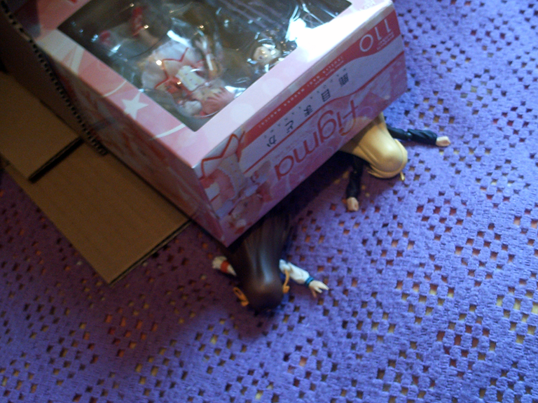 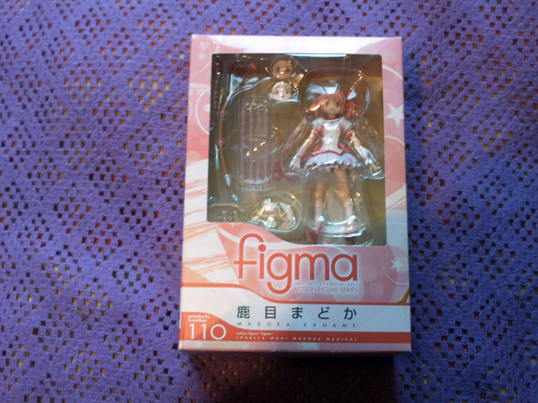 And here's Madoka in her box! Apologies for the desaturation (did my best to fix the worst of it in Photoshop). The actual box is a lot more vivid than this and is actually very pretty. The swirly designs are fro, the part of the opening where longhair!Madoka and shorthair!Madoka spin around all naked like. 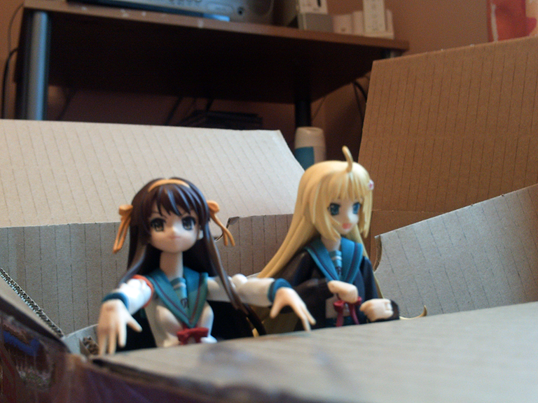 Aya and Haruhi camp out in the box to avoid more squishing. =w= 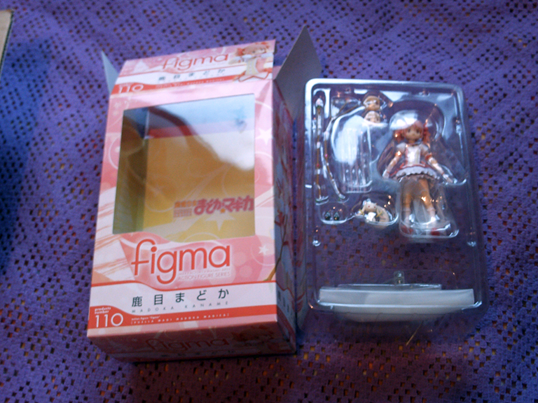 As you can see, the inside of the box is yellow, with the logo inside. The yellow card is actually a piece of cardboard seperate from the box and can be slid out for use in the figma di:stage. 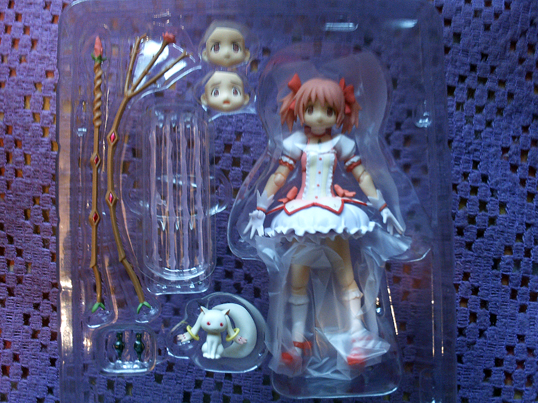 Here's Madoka in her plastic casing! As you can see, she comes with Kyuubey, two swappable faces, the open and closed versions of her bow, four energy arrows and two Grief Seeds. The detail on all of them is amazing! Especially the Grief Seeds; considering how small they are, they're increadibly detailed. By the way, Kyuubey looks a bit derpy in these photos but he looks fine in person! 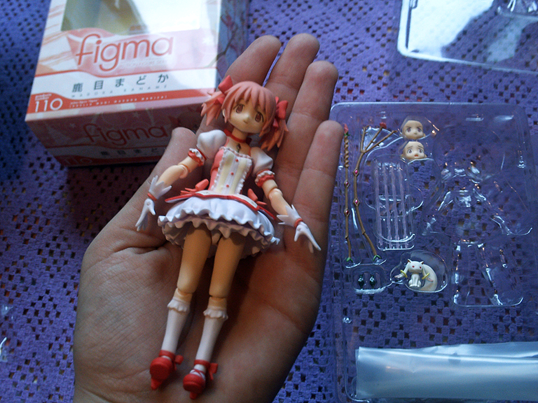 And for size comparasons, here's Madoka in my hand! Aww, she's so tiny -- she only just barely fills it! Madoka's a shorty. 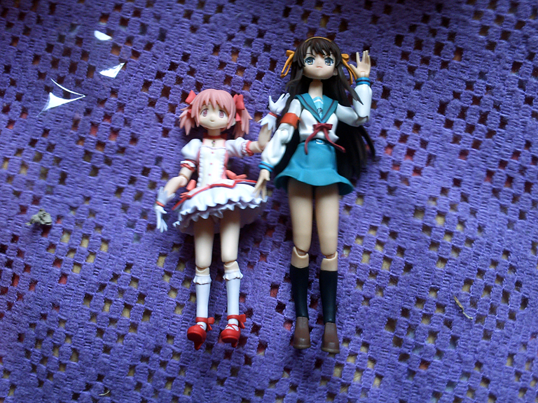 And the last photo for size comparing; Madoka next to Haruhi. So titchy~
That's all for now. Next time; the Unboxing (and review) of figma Akemi Homura!
Tags: !anime, !figma, !puella magi madoka magica, !unboxing
Subscribe